I have rented a camera for a long weekend to do some new gear testing. For those who are interested: I rented a Nikon Z7 with FTZ Adapter to see how it would perform with my Nikon F-mount glass.

For this shoot Paula volunteered to help me out as a model. You can find more about Paula at her instagram feed: habibtypaula8.

We went to city of Rotterdam and started at the Markthal to do some shooting. After that we went to the Kop van Zuid to do some more shooting. All and all I think we had a very successful day. And beside being a great model, Paula is a fantastic person to spend the afternoon with.

A few days before the shoot I sent Paula an image of a woman standing in front of a moving subway train. I asked her if she liked that idea. She did and we tried to create that kind of image at the subway station where we arrived at the Kop van Zuid. We only needed two attempts. I failed to setup the camera in time to do the shoot with the train in which we arrived. But after a correctly setting up we got the image direct at our second attempt. Which occurred with the next train that arrived a few minutes later. And the result even exceeded my expectations. She is exactly between the cabins of two trains. These cabins have nicely curved windows which gave the image a lovely graphical shape around Paula. I am thrilled with the result. 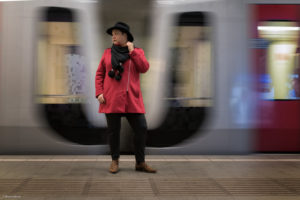 Paula – In the middle of movement 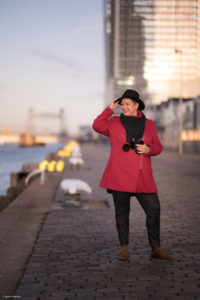 Paula – At the quay of Rotterdam 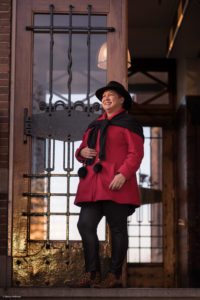 Paula – The last rays of sunlight 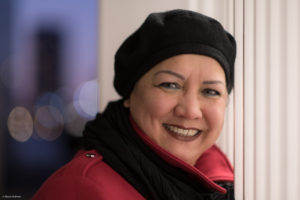 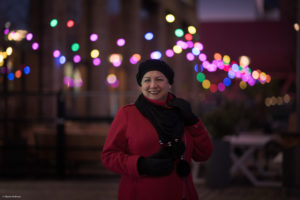 Thank you very much Paula for being my model for this test. It was a breeze to collaborate with you during this shoot.