I have had another collaboration shoot with fellow photographer Saskia. We did this shoot with model Daisy.

Check out their work:

For this shoot we grabbed the smoke machine again. And we added some color gels to the light to color up the background. And we added a VAW (Voice Activated Windmachine) aka Saskia to the shoot as well. That gave some cool results with Daisy’s hair flying around.

Here are some of the results of this shoot: 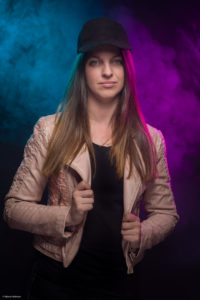 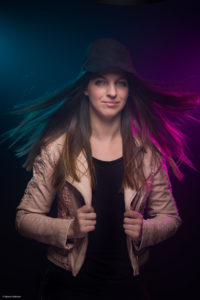 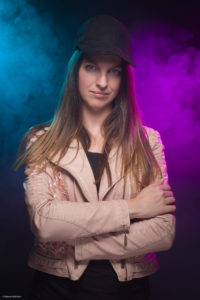 For this shoot we used a studio strobe with a gridded beauty dish as a key light. It is gridded to prevent the light from spilling into the smoke and create some weight grey smoke clouds. Note that for smoke shoots it’s all about the backlighting to get the smoke effect. Af a fill we used a small octabox. In the background are two studio strobes with standard reflectors. They also have grids in order to prevent lens flare.

So now I end this news post by thanking Saskia for another awesome collaboration and thanking Daisy for doing such a great job as our model.