Sometimes you just get lucky. Very lucky. A while ago we had a winter shoot planned to do inside the studio. You know. The idea was based on some cosy winter outfits. A touch of moody light. You know the way I shoot in the studio more often.

I had this shoot planned with model Daisy. You can find more about Daisy at her Facebook page: Portfolio Daisy.

When the day of our shoot came closer and closer, the weather forecast got clearer and clearer. And we got even more exited because maybe there would be snow on that day. And yes … we got snow exactly on the day of our shoot. At the perfect time even. So we left the studio stuff for what it was and went outside to play around in the snow.

Here are some cool behind the scenes images created by Ellen, the other model who was with us on this shoot: 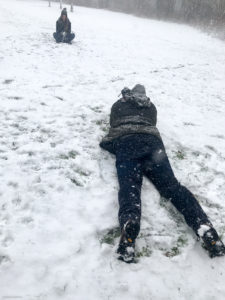 Marco photographing Daisy in the snow 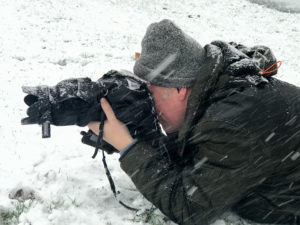 Marco lying in the snow

And it kept snowing almost all the time during our shoot. Very nice. We created some great images. And yes … it was cold indeed. But a lot of fun too. 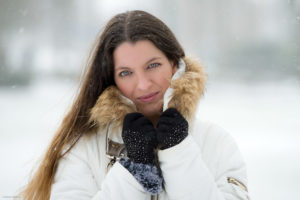 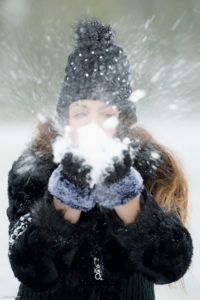 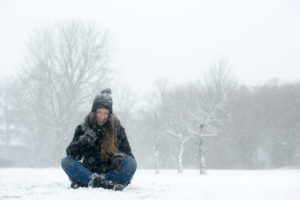 Daisy – Sitting in the snow 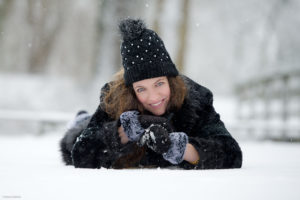 Daisy – Lying in the snow 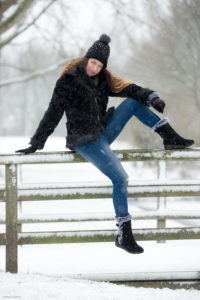 Daisy – Sitting on the bridge 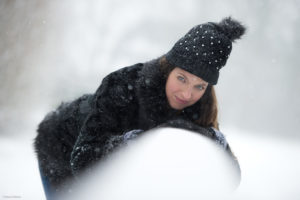 Daisy – Leaning on the bridge

So thank you Daisy for being such a fantastic model. I had a great time at this shoot.

2 thoughts on “Snow shoot with Daisy”