It has been collaboration time again. Together with Saskia from Flitsendbeeld, I took Theo outside in a forest for a dark and moody shoot.

One concept we worked out was to shoot a mad ‘Expandables’ type of character with a gun in a forest at night time. And we added a ‘tasty’ cigar too. For those who don’t know: The Expendables is an action type movie from 2010 directed by Sylvester Stallone.

The other concept was to create a steampunk like character with a sword and a dagger.

The images all look like they were shot at night but we did the shoot at daytime and created a nightly atmosphere by using flash units outside and different settings on our camera.

Here are some behind the scene images of this shoot: 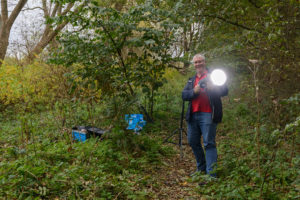 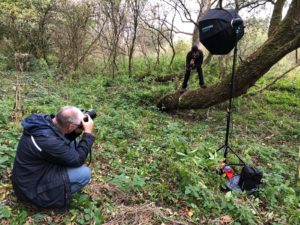 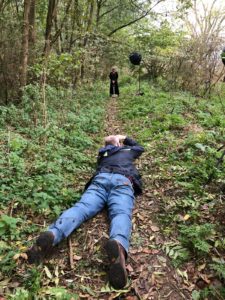 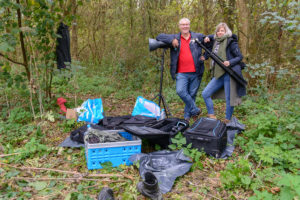 We had a great time and were very lucky with the weather during the shoot. No rain at all. And that while we were in the middle of the rainy autumn season. And Theo, who normally is a photographer himself, did a great job as a model.

We mostly did environmental and full body shots but I couldn’t resist taking some portraits of Theo in his steampunk outfit at well. 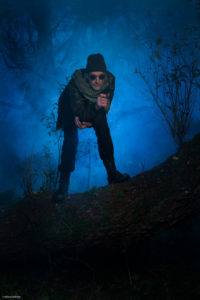 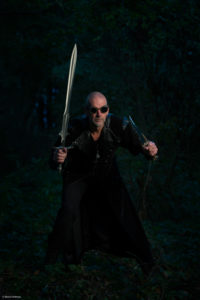 Theo – Steampunk ready for the fight 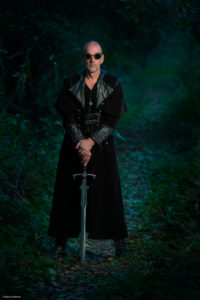 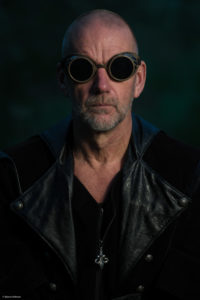 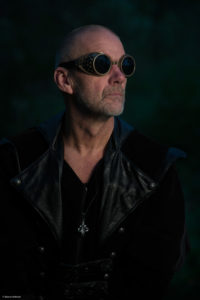 Theo – Steampunk looking at the light 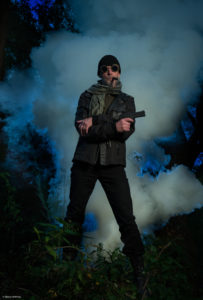 Theo – Expandable madness with a cigar

For the lighting setup we used a studio strobe with a small and gridded octabox as a key light. Behind the smoke we used a second light with a standard reflector to accentuate the smoke. To create the dark blue night feel light we underexposed the camera and set the white balance to a colder color temperature. And we added an orange CTO gel to the key light in order to create a natural skin tone for Theo.

So thank you Theo for being such a great a patient model. You had some serious hardships in these difficult poses you had to be in. Well done.

One thought on “Dark forest shoot with Theo”