I had a great outdoor photoshoot in Rotterdam around the Brienenoord bridge. I did this shoot with two curvy and cool models called Angelique and Eveline. Since we were already in the fall season it was tricky what the weather would do. We had quite a bit of rain at the days prior to the shoot and even in the morning before we started out. But we were lucky during the shoot. No rain. We had a lot of wind though. And some lovely sun as well.

A lot of graffiti has been sprayed at the bridge’s pillars which makes a great backdrop for a tough girl shoot. So we did a part of the shoot around these graffiti walls.

The other part of the shoot was situated at the water side of the bridge. That gave us some cool backgrounds with either the bridge or subjects across the river. 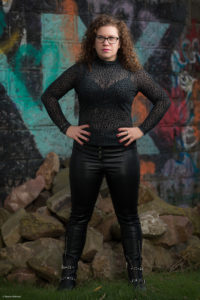 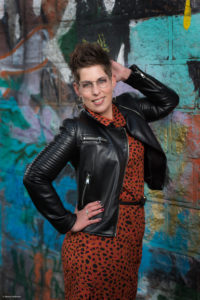 Angelique – At the graffiti wall 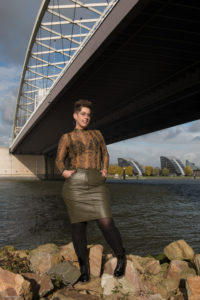 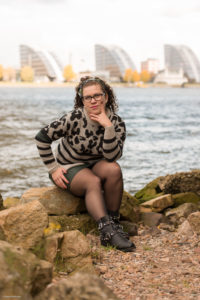 Eveline – At the water side

For this shoot I used a strobe with a small octabox for the shots around the graffiti. For the shots at the waterside I used that free light source called the sun.

A big thank you to both Angelique and Eveline for this fun shoot and their great company.