It was time to do some more outdoor shooting. So I went with Kim to a nice location at the water with some nice trees beside it.

The goal for this shoot was to combine daylight with flash light and I think that worked out pretty nice.

Behind us there was a line of windmills. We had a discussion about them and concluded that the windmills in itself are a good thing to get cleaner energy in the world. But the problem is that they are spread all over the landscape in lots of a few windmills at a time. Why not combine a lot of them together at more abandoned places?

But despite our opinion about them we decided to use them in a photograph as graphical elements anyway. 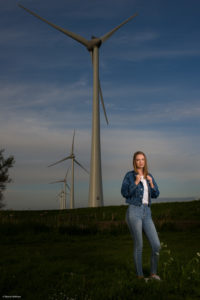 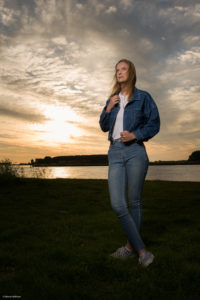 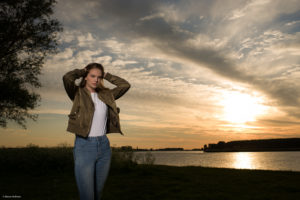 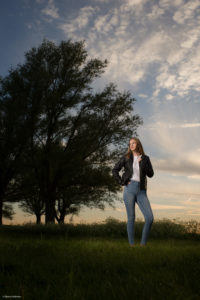 For this shoot I used one battery powered studio strobe with a small octabox.

Thank you Kim for modelling and for being great company during the shoot.