I did a great photo shoot with colleague photographer Saskia from flitsendbeeld.nl again. Saskia had a cool classic chair in her studio. The first time I saw that chair I already made a mental note that I would like to do a photo shoot with that chair.

And now that time with the chair had come. We wanted to do a shoot with a model and some balloons and create a moody kind of atmosphere.

Moira was our fantastic model for this shoot. Check out Moira’s Instagram feed: @moiraa.

We did a part of the shoot with only black balloons and another part with colored balloons. The colored balloons had a kind of a metallic glow on them which added up really cool to the atmosphere in the images. 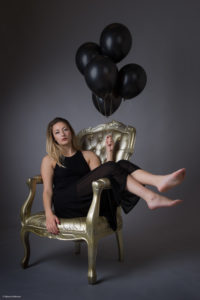 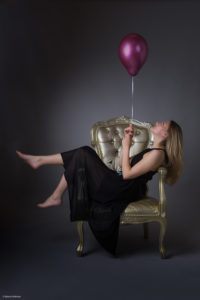 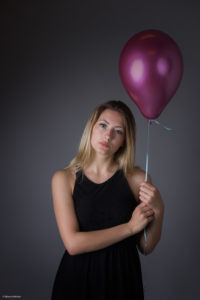 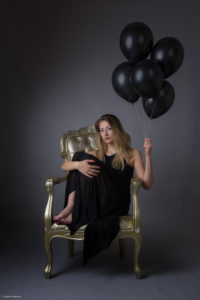 Moira – Being modest with her black balloons

Thank you Moira for being such a great model and thank you Saskia for the nice collaboration and being able to do this shoot in your studio.